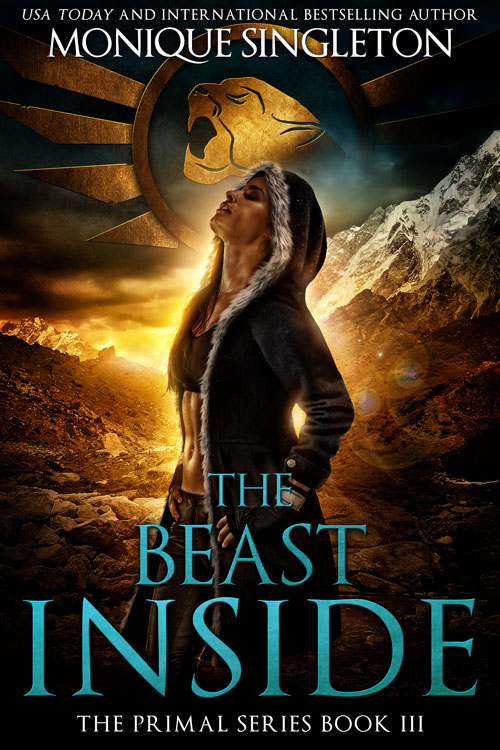 She finally learns the truth about her nature

but is the price too high?

Rescued from prison by a conniving benefactor, she grudgingly accepts an assignment that will rock the world: the murder of Emperor Bharata. The vicious ruler has established a vast empire in the east and now turns his attention to the United Kingdom. But the bloodthirsty emperor is about to meet his match in his equally bloodthirsty opponent.

In the midst of her espionage, she discovers a secret group called the Watchers. In exchange for her help, they will give her what she most desires: information about herself. Her history. Her purpose. She will finally have answers to the questions that have plagued her existence.

If you enjoy dark Urban Fantasy and shape , you will fall in love with the Primal Series.
The Beast Inside is the sequel to Nature of the Beast and is book III in the Primal Series. The books in the series are for 18+ readers, with adult content. This book has been written in UK English.